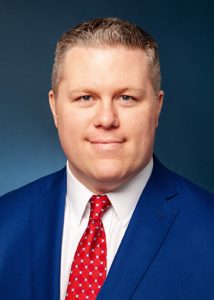 Despite what the government would love us to believe, money is tight for most people at the moment. Fortunately, there are legal ways of changing this, which is where manifesting money quickly comes into its own. Here are some ideas to transform your cash crisis into a flood of money.

Our self esteem dips further and further down when we don’t have enough cash for even the basics. And the trouble is that this can turn into a downward spiral.

However you choose to do it, turn your mind around so that you believe in yourself.

Wrap a rubber band around your wrist and snap it every time you catch yourself starting to disbelieve in yourself.

Or run through some positive affirmations on a regular basis.

Do whatever it takes to bring your mind round so that it’s on your side rather than running covert ops on you at every available opportunity.

Be grateful, even for little things you normally take for granted

That covers absolutely everything: from the fact that you can breathe in the air locally without having to wear a face mask through to the people and things around you that you’re fond of.

Take the time to express your gratitude out loud. This can feel really awkward at first, especially if you’re out of practice. And you might get some weird looks initially from the people who hear you or who are on the receiving end of your expression of gratitude. But do it nonetheless.

Even panhandlers have to take some action, even if it’s only mumbling that they’d like you to spare some change.

Contrary to some of the glossier works about the law of attraction, you do need to put in some effort. Maybe not very much – and probably disproportionately less than you’d first imagine – but definitely some action.

Just make sure that whatever action you take is positive. Whilst taking part in an armed robbery or purse snatching may well manifest money quickly, it will also likely manifest a jail sentence equally quickly as well as bringing the force of bad karma into your life. So make sure that whatever action you take with regard to manifesting money is positive and doesn’t adversely affect anyone.

Most big money ventures take more than one person to realize them.

So don’t be afraid to enlist other people to help you in your quest of manifesting money quickly.

Very often, the total of this effort is much greater than the sum of its parts so it’s very worthwhile to get other people to help you and in turn help themselves with the manifestation process.

A plan is much the same as the route you’d take in a car. It needs to be there, otherwise you’re just wandering around aimlessly.

Your plan will also highlight the different steps along the way to manifesting more money in your life quicker than you ever dreamed was possible.